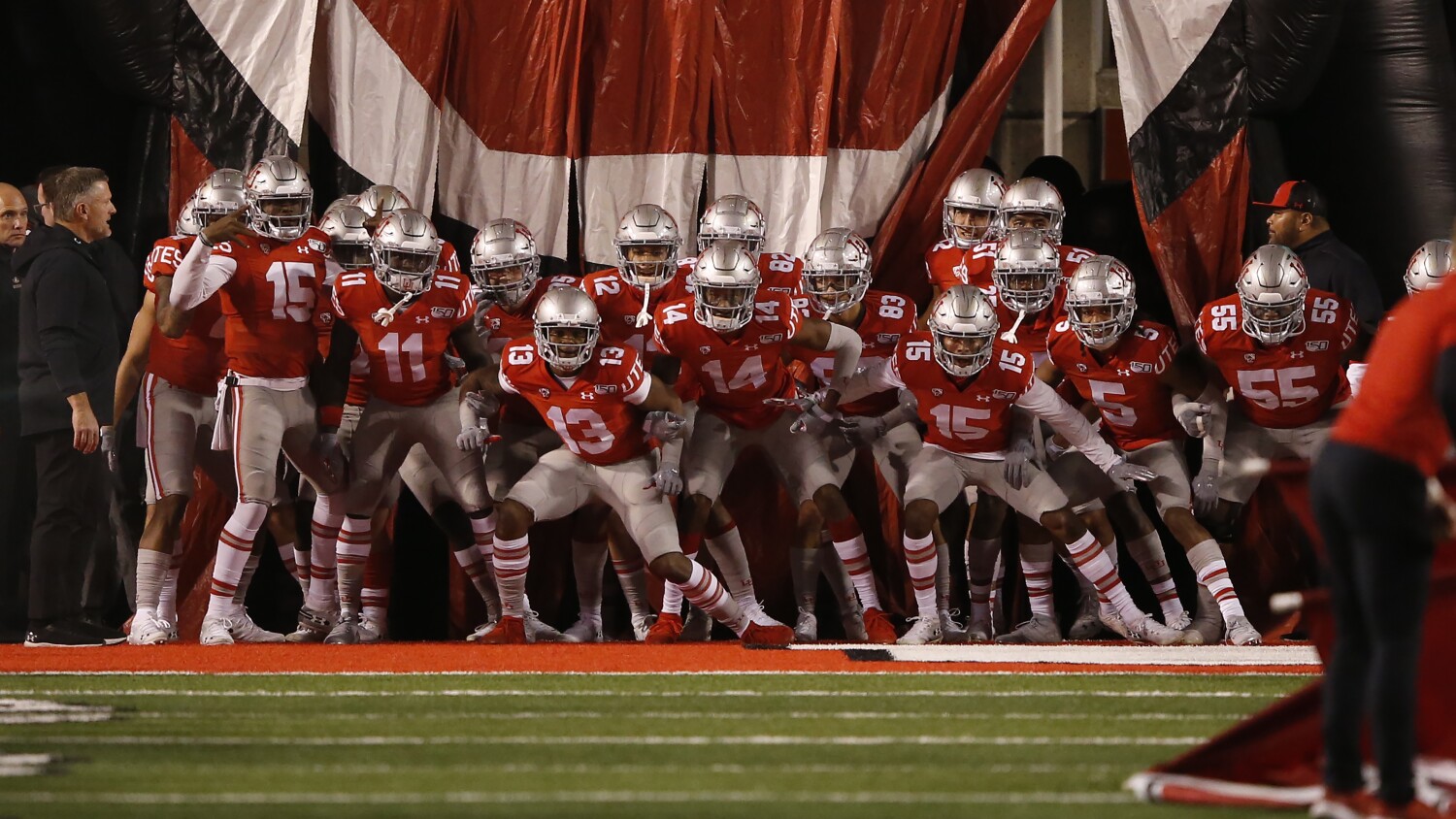 The folly of holding a college football season amid a pandemic was further illustrated Monday when Utah proceeded with plans to play UCLA on Saturday with a patchwork lineup after its opening game was canceled by a COVID-19 outbreak and one player had been hospitalized.

The player, who had recently tested positive for the coronavirus, has been released from the hospital “and is doing much better,” a Utah athletic department spokesman said. The player had not been participating with the football team since August, meaning his contraction of the disease may have been unrelated to the outbreak that forced the team to cancel its season opener against Arizona last weekend.

Utah coach Kyle Whittingham told reporters Monday that his team “barely” had enough available players after previously falling below the minimum threshold of 53 that the Pac-12 Conference had set before the season. The conference accommodated the Utes’ request to push back their game against UCLA one day, moving it to Saturday night at the Rose Bowl.

Whittingham said two position groups had been “decimated” by the outbreak and there are several active cases involving players and staff members. The loss of so many players was expected to force some who normally serve on the scout team to get first-team repetitions in practice, Whittingham said, and walk-ons were preparing to play against the Bruins.

“We are doing our best to be able to play the game,” Whittingham said.

Surging case counts and hospitalizations in Utah have led Gov. Gary Herbert to declare a state of emergency, though it was not expected to result in a shutdown of college sports.

UCLA (0-1) was able to proceed with its season opener against Colorado over the weekend even after one Bruins defensive player had tested positive for COVID-19. UCLA coach Chip Kelly said on Monday that the player would be unavailable against Utah but could not comment on his recovery because of privacy issues.

Kelly said his team’s mitigation strategies had helped the team keep playing while two other Pac-12 games were canceled because of coronavirus outbreaks. The Bruins have held meetings outdoors to prevent the potential spread of the virus, Kelly said. Practices are designed to minimize exposure between position groups. Players living one to a room in dorms has alleviated contact tracing issues. Grab-and-go meals are eaten individually.

“They box breakfast, they box lunch, they box dinner,” Kelly said of caterers who handle food preparation. “[Players] grab them and they do not eat in groups, so that whole bonding where warriors break bread together, we don’t have any of those team meals.”

Kelly said athletic department officials had not mentioned the possibility of playing an alternate opponent. Arizona State, scheduled to play the Bruins on Dec. 5, could be in need of an opponent Saturday with its game against California in doubt. Cal was unable to play its opener last weekend because of virus issues that ravaged its roster and resulted in some players being placed in a two-week quarantine.

The fickle nature of the virus has been known to Kelly since he tested positive in the spring despite taking what he thought was every conceivable protective measure. He wore a mask and gloves when leaving his home. He kept his distance from others in public at a time when case counts were low and the state was on lockdown. None of it mattered.

That’s why he acknowledged that there’s no telling what might come next in what, after just one game, feels like a season on the brink.

“This is an hour-to-hour thing,” Kelly said. “We could wake up here tomorrow morning and have testing and find out we have X amount of kids out. That’s just this disease.”

Kelly said running back Demetric Felton Jr., receiver Kyle Philips and defensive back Obi Eboh were expected to practice Monday after being injured against Colorado. Running back Martell Irby, who did not play against the Buffaloes after being slowed in training camp by a knee injury, was still rounding into form, Kelly said. … Kelly, on the analytics of his team having four turnovers to Colorado’s none during the Bruins’ 48-42 loss: “I think it’s 96% of the time you’re going to lose that football game.”