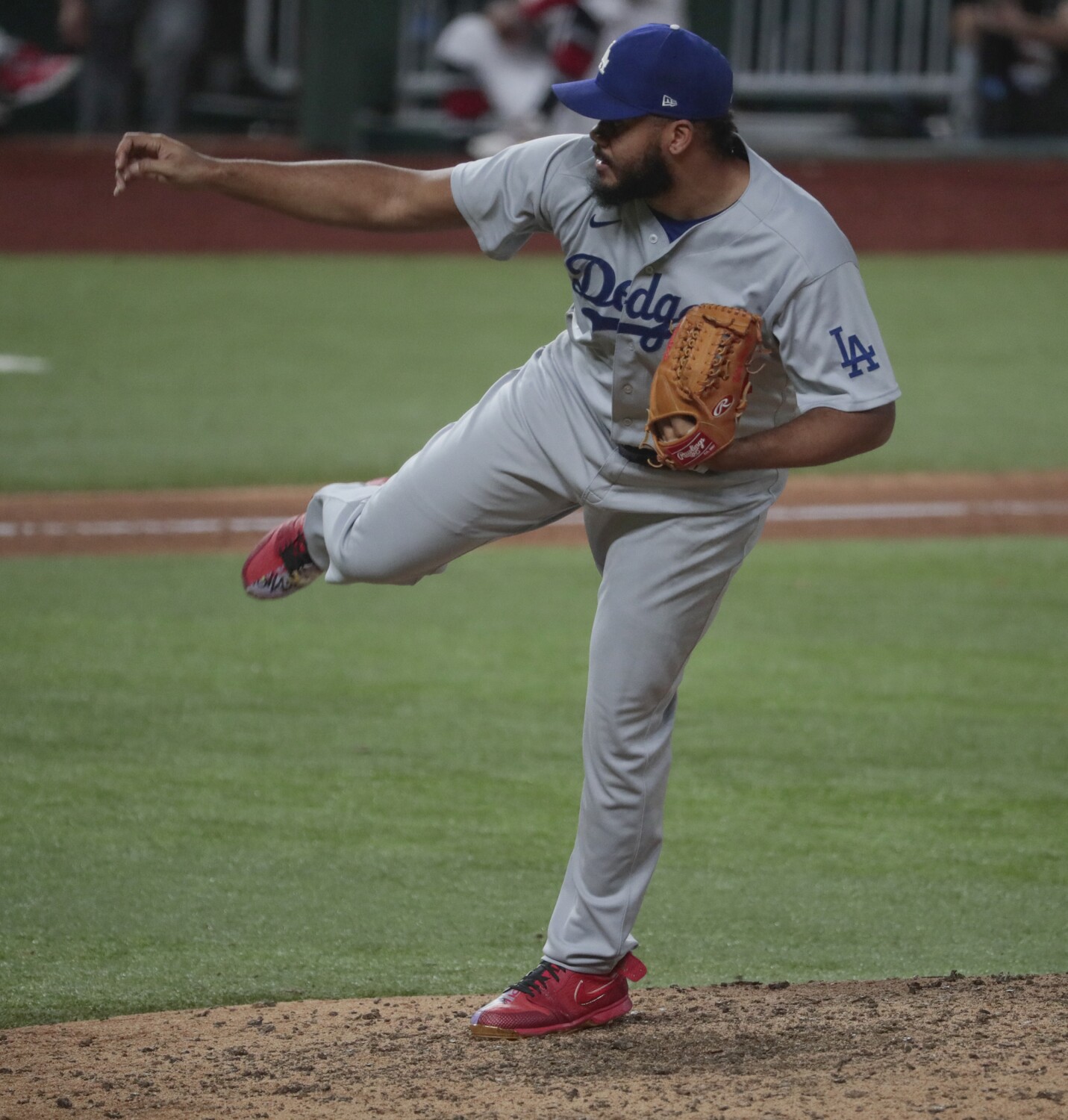 The Dodgers led by two touchdowns. They already had given Mookie Betts and Corey Seager the rest of the night off. The Atlanta Braves had done the same for Freddie Freeman and Ronald Acuña Jr.

Suspense had vanished in the first inning. This was the sixth, and time for an arm the Dodgers would be hesitant to trust with the game on the line. The bullpen gate opened, and out trotted the most enduring closer in franchise history, the Dodgers’ all-time saves leader.

Kenley Jansen, the three-time All-Star who has pitched his way out of the closer’s role this October, entered the game with a 15-1 lead.

“This is not a save situation,” Fox announcer Joe Buck informed the national television audience.

The Dodgers used 10 relievers in the first two games of this National League Championship Series. Jansen was the only reliever they did not use.

In Game 1, with the score tied after eight innings, the ninth inning would have been the spot for the closer. The Dodgers were the home team, so they would have no save situation.

Jansen did not stir. Blake Treinen gave up three runs in the ninth, Jake McGee another, and the Dodgers lost.

The Dodgers have resisted the talk-radio cries to name another closer. They look at 27 outs, and how best to get them each day. Dustin May and Julio Urías each have started and relieved this postseason. Treinen might get the ninth against one group of hitters, Brusdar Graterol against another. McGee or Adam Kolarek might face a run of left-handers.

The Dodgers might even find a matchup in which the percentages call for Jansen, but so far it appears unlikely he would get a ninth inning to himself this October. In the first game of the first round, he got the save, but his diminished velocity and command alarmed the Dodgers. In the next game, Jansen watched as Graterol got the save.

In the sixth inning Wednesday, in the lowest of low-leverage situations, Jansen appeared neither to hurt nor help his case. He retired the side in order, good for a boost of confidence. However, two of the three outs were hit hard, and the velocity of his trademark cut fastball ranged from 88 to 91 mph, lower than his already low season average.

Manager Dave Roberts said the outing afforded Jansen a test run for the mechanical adjustments he is working on with the coaching staff.

“I was really pleased the way he threw the baseball,” Roberts said. “Every inning is important. Every out is important.

“To give him an opportunity to pitch, as he has been working through some delivery stuff, to see how it plays to major league hitters, that’s beneficial for everyone. So I was just really happy with the outing.”

Roberts has said his talks and text messages with Jansen have been positive. Dodgers shortstop Corey Seager said he has not lost faith in Jansen, no matter what inning he pitches.

“You trust Kenley to go out there and get outs,” Seager said. “He’s done that for a very long time in his career. We expect nothing different.”

Before Game 3 of the division series, Roberts said he appreciated the delicate situation.

“I understand, and I’m very sensitive to what he has accomplished on the baseball field as a closer, as a premium All-Star,” he said. “But we also have to look at real time and do what’s best for the Dodgers, and he understands that. When he gets the baseball, I’m going to expect him to get those outs. And he expects the same.”

Jansen is a huge Lakers fan, no doubt thrilled that the team won the NBA championship for the first time in 10 years. The role might not be what he envisioned, but he did his job Wednesday, and the Dodgers are seven wins from their first World Series championship in 32 years.

Scroll back to top