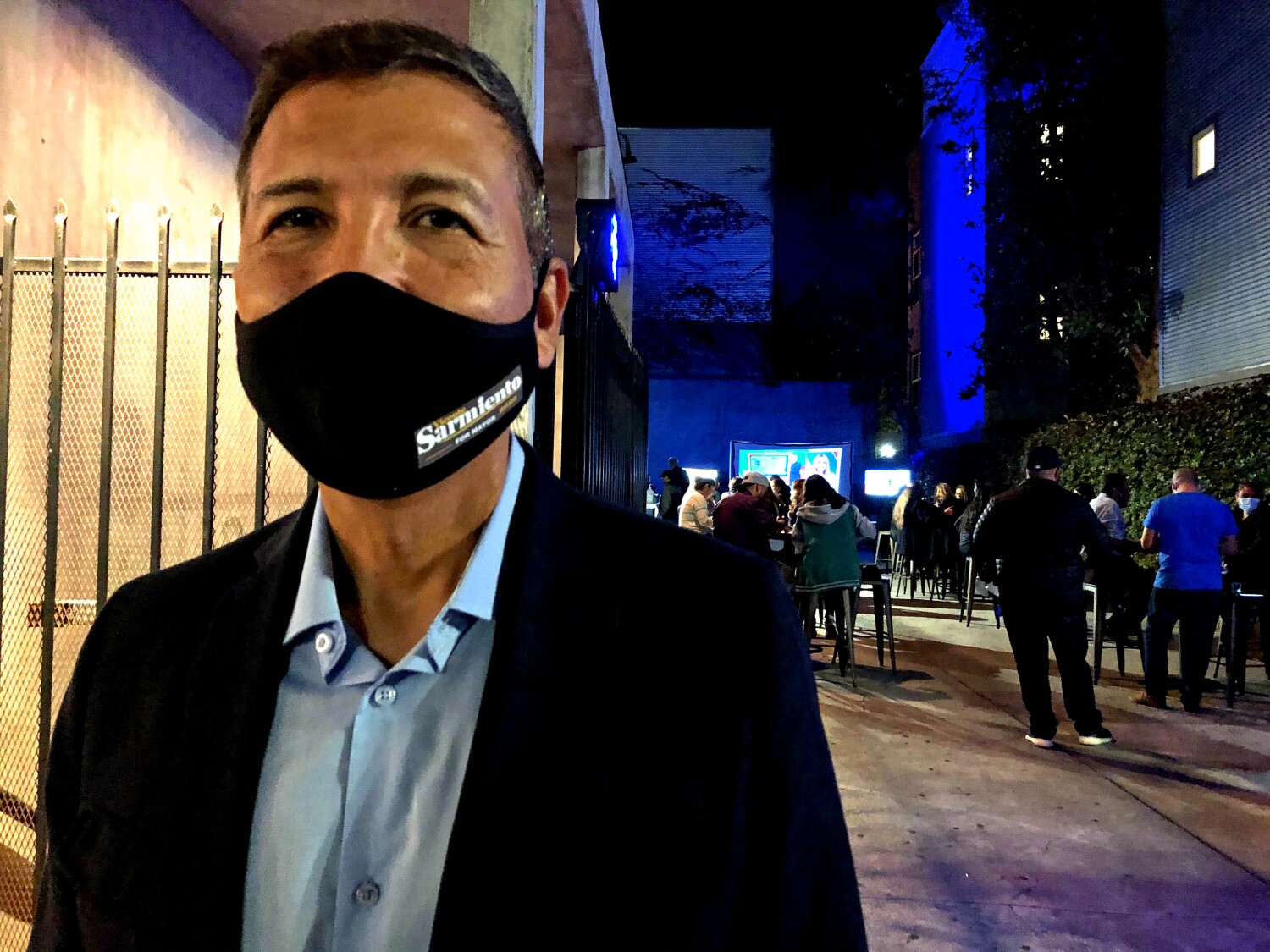 A cheer went up at 8:06 p.m. among the 30-plus people outside Festival Hall in downtown Santa Ana as the first results came in for Orange County’s local elections.

Everyone’s man for Santa Ana mayor, Councilman Vicente Sarmiento, was in the early lead over his next-closest competitor.

The race was historic even before the polls closed. Six candidates were running to succeed the termed-out Miguel Pulido, who had served for 26 years, one of the longest mayoral reigns in a major American city. And Sarmiento was running as perhaps the first-ever Bolivian American mayoral candidate in the United States.

“We did the research, and I think I‘m it,” said Sarmiento, 56, who was already the first-ever Bolivian American council member. “There’s just almost none of us in American politics.”

Sarmiento came to Santa Ana in 1965 as a 1-year-old and joked that he’s now “more comfortable with tortillas and tacos than salteñas and chuño,” referring to two classic Bolivian dishes.

He eventually carved out a niche as a three-term councilman in Santa Ana, one of the most Latino big cities in the U.S. But the mayoral race was an uphill battle.

His opponents include Santa Ana Councilman Jose Solorio and former Councilwomen Claudia Alvarez and Cecilia Iglesias. Alvarez got developer money; Solorio received the backing of the city’s powerful police union. And Iglesias — whom voters recalled this past summer — was the only Republican in the race.

But Sarmiento’s longtime advocacy for housing affordability and pushing to break an ICE contract with Santa Ana to house detainees in the city jail earned him a vigorous contingent of young santaneros as supporters.

In Sarmiento, they found their man.

“Those youth saw that the electoral process could result in fundamental change,” said Sarmiento, who endorsed Sanders. “And no disrespect to my opponents, but they never caught on to that.”

His supporters munched on tacos and ceviche as Sarmiento gave a brief speech thanking everyone for their support. “It looks like we’re doing good,” said the soft-spoken lawyer In Spanish. “We can’t sing victory just yet, but hopefully almost.”