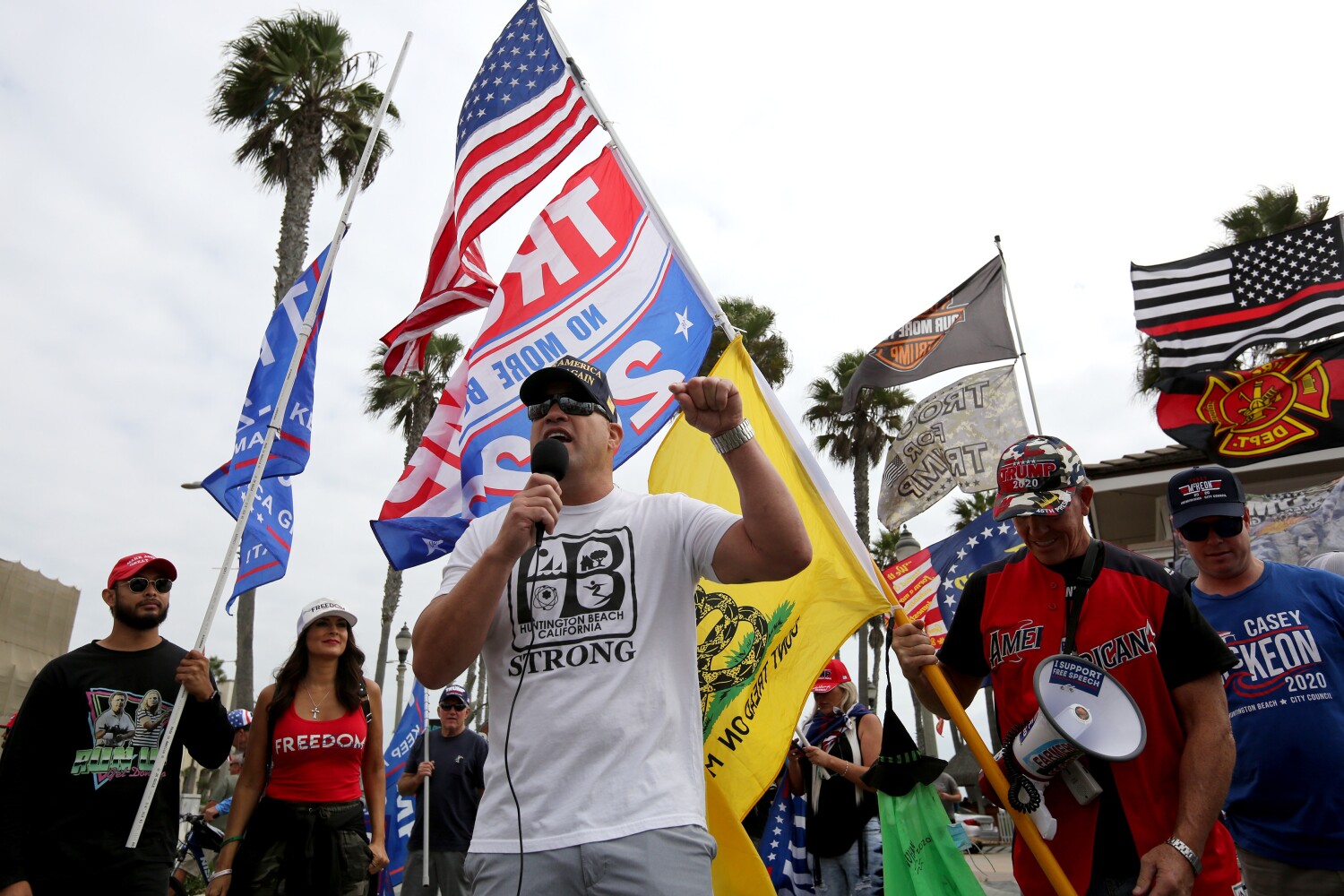 For the last four years, reporters and politicos have descended upon my native Orange County like detectives at a murder scene.

The victim: O.C.’s reputation as a GOP kingmaker.

In 2018, Orange County voters picked an all-Democrat congressional delegation for the first time ever. It came in the wake of Hillary Clinton’s victory here over Donald Trump in 2016 — the first time we didn’t go for a Republican presidential candidate since the Great Depression.

Orange County’s march toward liberalism largely continued in this election. Trump lost yet again. A slate of Bernie Sanders supporters won their races for Santa Ana’s City Council and school board. Democrats made inroads in city councils, school boards and the state Senate, where conservative lion John Moorlach of Costa Mesa is on course to lose his seat to UC Irvine law professor Dave Min in yet another stunning upset.

The conservative powerhouse that Ronald Reagan once described as “where all the good Republicans go to die” is now supposedly dead, according to progressive activists. But there’s still life in the O.C. GOP corpse.

The cure? Pretending the coronavirus isn’t a thing.

COVID-19 has walloped Orange County, with over 61,000 cases and nearly 1,500 deaths. But in the coastal cities that remain the Republican Party’s last true stronghold, residents and politicians have waged war against its inconvenience to their blessed lives.

In polite society, such callous disregard for public health gets you shunned.

In Orange County? It gets you elected.

Dr. Jeffrey Barke, who retained his board seat in the services district that oversees the unincorporated community of Rossmoor, is a far-right darling for casting doubt on the effectiveness of masks to combat the spread of the coronavirus and insisting its fatality rate “is in the ballpark of a bad seasonal influenza.”

Down in the southern tip of Orange County, San Clemente Councilman Gene James won reelection with tough-guy Facebook talk such as saying he “will no longer be complicit with the tyranny of Sacramento” and its coronavirus policies.

In Newport Beach, incumbent Councilman Will O’Neill took the bold stance in February of opposing the transfer of any coronavirus-infected patients to a facility … in neighboring Costa Mesa. Meanwhile, City Council candidate Noah Blom got an F from the Orange County Register over the summer

— not for his political agenda, but for allowing workers at his restaurant to not wear masks and operating “the indoor dining room and bar as if the pandemic has never happened.”

Both easily won their races.

Orange County’s two most prominent political coronavirus skeptics also happen to be in the lead for far-more-prominent seats and have introduced a new era of wackiness to the annals of the O.C. GOP.

In the 48th Congressional District — which stretches from Seal Beach to Laguna Beach and encompasses all of Huntington Beach and Newport Beach — Michelle Steel leads incumbent Harley Rouda by a couple of thousands of votes. If she wins, the Orange County supervisor would make history as the first Korean American congresswoman.

Her platform has largely rested on the usual GOP canards of low taxes, border enforcement and trashing sanctuary cities. But Steel has also become prominent as a coronavirus quote machine — although her rhetoric is more Michael Scott from “The Office” than Winston Churchill.

In April, Steel sent out a news release opposing Newsom’s beach closures by boasting that Orange County was “flattening the curve” on coronavirus cases and had kept hospitalization rates stable. A month later, both figures skyrocketed.

She then earned national ridicule this summer for insisting that the Centers for Disease Control and Prevention advocated for “species discrimination” because the agency advised Americans not to put masks on their pets. “If it’s not healthy for the dogs,” Steel concluded during a Board of Supervisors meeting, “it’s not healthy for us to be wearing it.”

Steel’s campaign literature mostly shows her maskless, even if she’s talking to older constituents. Yet the congressional candidate had the gall during one commercial to proclaim she “delivered on coronavirus” without exactly spelling out what she did.

The best that can be said about Steel’s approach to the coronavirus is that she hasn’t gone on a podcast to call it a form of “population control” and a “political scam” that would disappear by election day.

That would be mixed martial arts legend Tito Ortiz, who just won a seat on the Huntington Beach City Council.

Ortiz is such a political novice that the Surf City native originally announced he wanted to run for Huntington Beach mayor, even though the position isn’t elected. He freely shook hands and mugged for photos with maskless supporters during campaign events, and recently told a reporter that the ventilators that keep alive COVID-afflicted victims were actually “speeding up the process” of the sickness.

All this happened months after Ortiz told a group of cheering Huntington Beach residents that “antifa [and] Black Lives Matter” promised to visit Surf City to “burn this city down” and “rape the women and the children.”

Neither Steel nor Ortiz returned a request for comment. It appears both will win and make headlines, but it’s also a last true gasp for this type of craziness. Joining Ortiz on the Huntington Beach City Council will be two progressive Democrats. And even if Steel wins, her margin will be so thin that the Democrats will have an easy time picking her off during the 2022 midterm election….

If the coronavirus is finally gone by then, amirite?