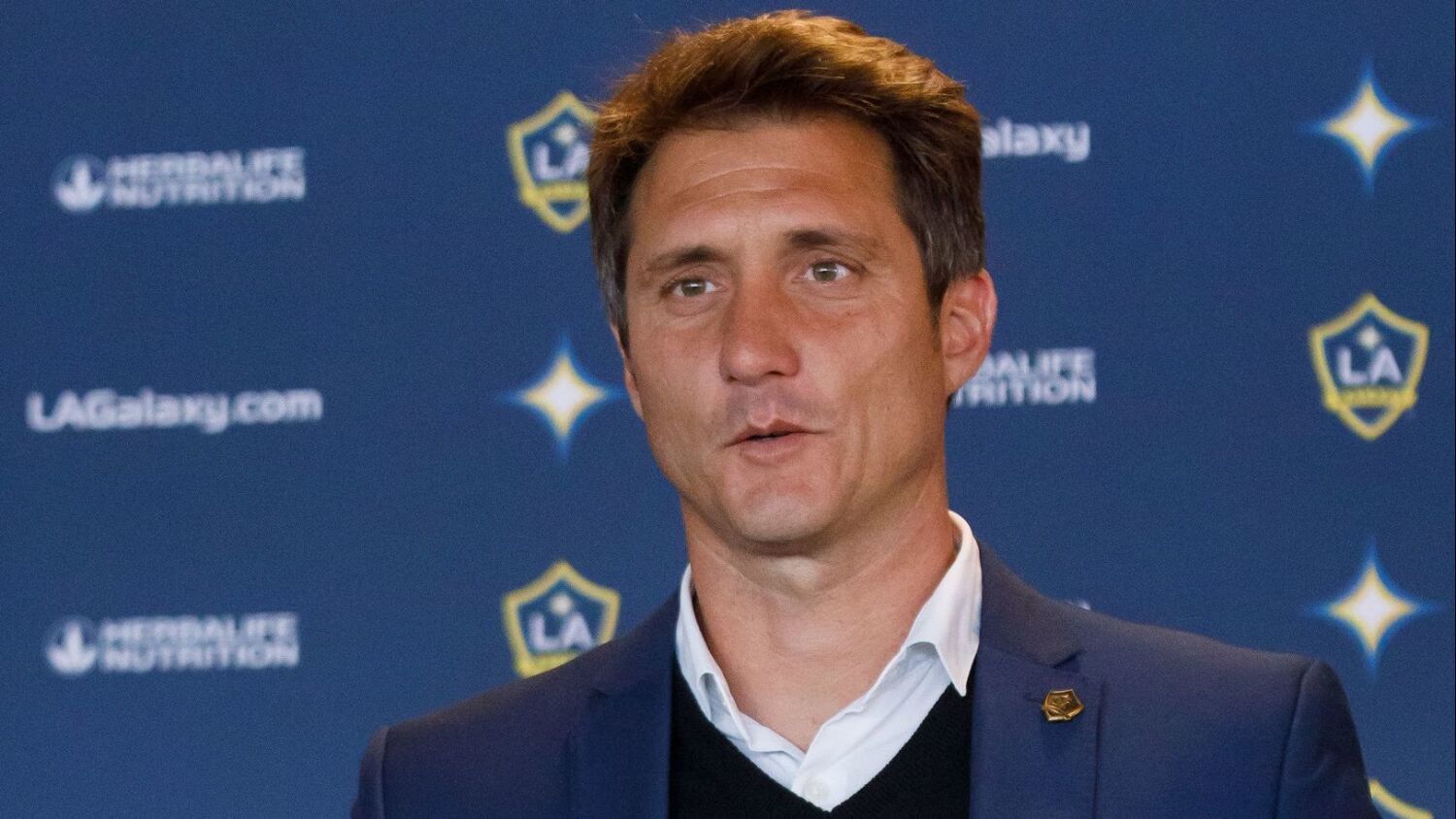 When the Galaxy made Guillermo Barros Schelotto their coach 22 months ago, the expectation was he would return the winningest team in MLS history to past glory. Those expectations were never met and Schelotto was relieved of his duties Thursday with the team at the bottom of the MLS Western Conference standings with three games left in the season.

“Anyone in our organization, we’re always under constant evaluation. If the results are not good — and the results haven’t been good or even close to being good — that’s a worry,” said general manager Dennis te Kloese, who hired Schelotto to oversee a three-year rebuilding project.

“It sounds like a cliché but the results obviously are part of any evaluation.”

The Galaxy were 5-11-3 and won just one of their last 10 games under Schelotto, who has one season and $1 million left on his contract. Also let go Thursday were assistant coaches Gustavo Barros Schelotto (the manager’s twin brother) and Ariel Pereyra, goalkeeping coach Juan José Romero and performance coach Javier Valdecantos.

“He’s close to the players.The players really and truly respect him as a highly qualified manager in this league,” Te Kloese said of Kinnear, who will fill out his coaching staff with people already on the team’s player-development staff.

With MLS likely to delay the start of next season because of the COVID-19 pandemic, Te Kloese said he is in no rush to hire a permanent manager.

“This year. I think it’s the most sensible thing we can do,” Te Kloese said. “We’ll take it step by step before drawing any conclusions or candidates or how we go forward.”

More changes could be coming for a franchise that has used four coaches, three general managers and 66 players since Bruce Arena left as coach and general manager following the 2016 season. During that time, the Galaxy have made the playoffs just once while losing 56 games, a franchise record for a four-year period.

Blame for that free fall has been directed at, among others, Dan Beckerman, president and CEO of the Galaxy’s parent company AEG, and Chris Klein, a former Galaxy player and the team’s president since 2013.

Schelotto, 47, who played with Diego Maradona on the Argentine national team before winning an MLS Cup and MVP award in 2008 with the Columbus Crew, returned home to coach Lanús to a Copa Sudamericana title in his first stop as a manager. He later took Boca Juniors to consecutive league titles before leading the Galaxy to the playoffs in his first season in the U.S.

But that team was led by Zlatan Ibrahimovic, who scored 30 goals and practically willed the Galaxy to the postseason. Ibrahimovic’s departure for Italy last winter exposed weaknesses in the Galaxy’s roster and in Schelotto’s ability to settle on a coherent playing style. The team also was hurt because its biggest offseason acquisition, striker Javier “Chicharito” Hernández, has been a $6-million bust, scoring just once in 10 games.

“A lot of things that we saw as positive last year, we haven’t been able to capitalize [on] this year,” Te Kloese said. “That doesn’t take away responsibility from anybody nor my responsibility.”

As the problems snowballed, Schelotto appeared to lose the team. In their last four losses the Galaxy were outscored 17-4.

“I don’t think there’s a good time for something like this ever,” Te Kloese said of firing Schelotto, who was 21-26-6 with the Galaxy “We’re very, very aware of the underperformance this year, with a clear sense of responsibility.”

“I don’t think that we should be in last place. But I also realize that we are in last place,” he continued. “So there is a responsibility to that. That obviously is not acceptable.”